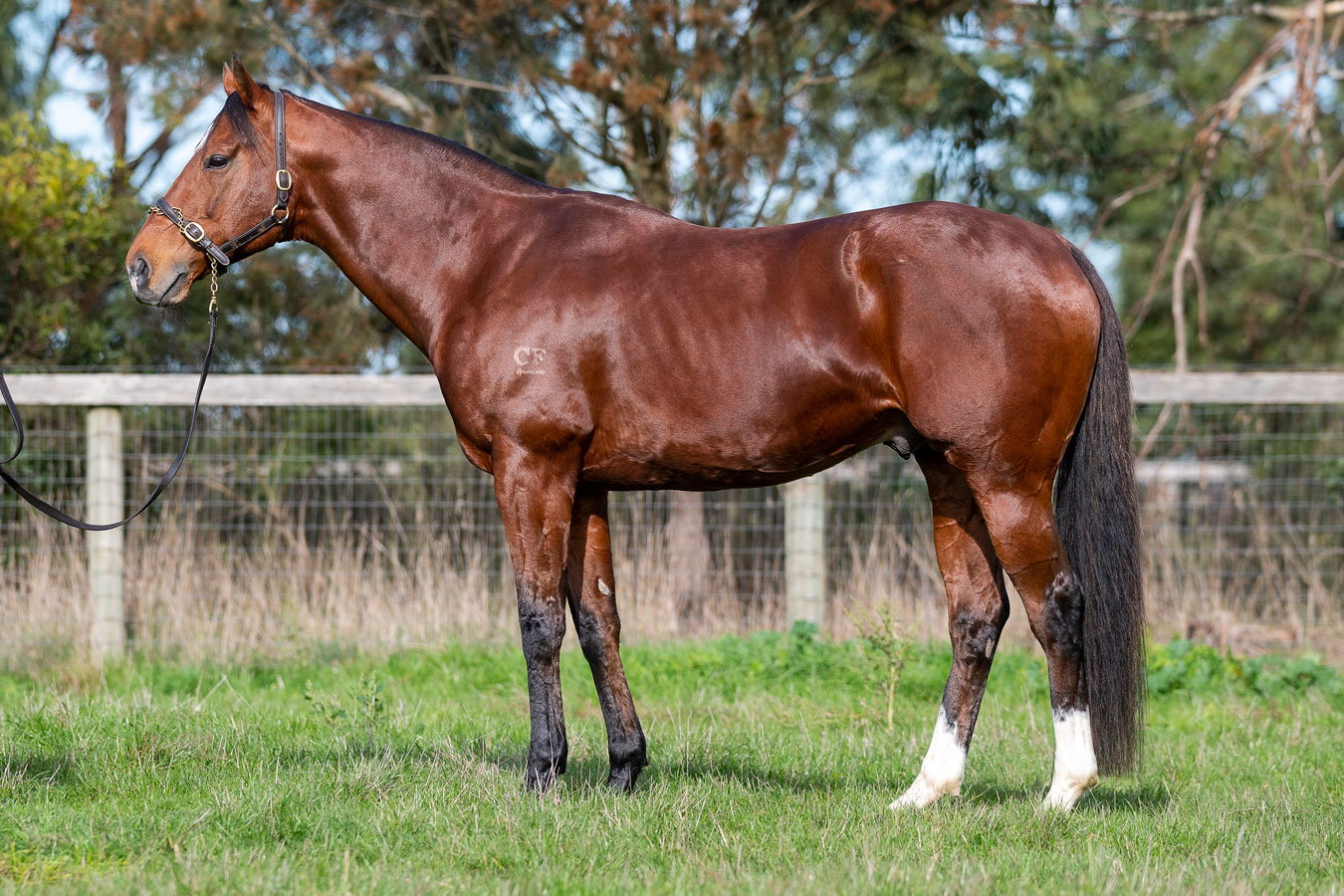 FRANKEL MY DEAR is the son of the unbeaten FRANKEL (GB) and BUENOS AIRES (IRE), a listed placegetter in France. BUENOS AIRES (IRE) is from an impressive family and is a half-sister to 3 stakes winners; twice Australian Horse of the Year and multiple Group 1 winner MIGHT AND POWER, Group 3 winner MATTER OF HONOUR and Listed winner BASTET (in France). And the Black Type continues with half-sisters going on to produce stakes winners in USA, France and Hong Kong. This is the family of Champion Miler 2003-04 of Hong Kong, LUCKY OWNERS, twice Group 1 winner MOSHEEN and multiple Group 2 winner TIME FOR WAR. As mentioned, a pedigree abounding in Black Type winners.

With this type of pedigree, it is no wonder FRANKEL MY DEAR made $500,000 at the 2016 INGLIS Easter Yearling Sale. To be trained by Robbie Laing who thought enough of him to take him straight to Flemington for his debut start over 1000m where he was beaten into 5th place by less than 2 lengths. Speaking later Laing said “He ran a couple of seconds in trials then won a trial and his run the other day was really good. The only time he's been a dill was when he ran at Flemington - he didn't know where he was and just lost his composure” (Racing.com) so not a bad effort in the end. For his second start, he was beaten less than 4 lengths in the MVRC Mitchell McKenzie Stakes at listed level. A couple of niggling issues curtailed his later 3-year-old racing career, but he broke through in the spring of 2018 with back-to-back wins at Cranbourne and Pakenham over 1200m. FRAKEL MY DEAR never reached his full potential due to throat surgery bur everyone thought he had tons of ability.