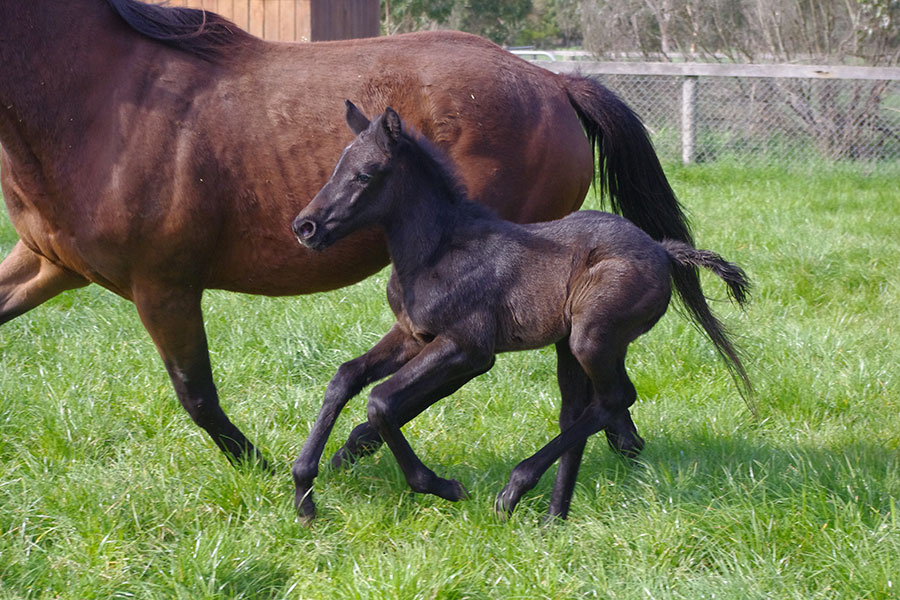 Congratulations Jungle Ruler, you're a dad!

Last week was a busy week for foals at Bombora Downs and amongst them was the first of the eagerly awaited Jungle Ruler foals.

From the Reset mare Reincur, a grey filly was born in the wee hours of the 25th August. "Given that Reincur was a maiden I'd have to say I'm delighted with the foal she has produced. The filly is bigger than I was expecting, strong bodied, grey like her father and she's showing signs of having inherited his very determined nature."

Jungle Ruler became a race crowd favourite for his fiercely determined front running catch me if you can style, the tougher the conditions the more he shone. It's this trait and a handy turn of foot that that saw Jungle Ruler amass 20 wins ,12 seconds ,12 thirds and just on $900,000 in prize money!

Jungle Ruler retired to stud last year and was well supported by breeders who sought a tough, sound stallion with a solid pedigree that was well priced.

If you punted on Jungle Ruler throughout his race career you would have made a whopping 46% return on your investment!

"I believe he is set to surpass those impressive stats for those that back him as a stallion." said Christoph Bruechert.